The beginning of the road network we have today is due to Sir George Rawdon. He was known as the “best Highwayman in Ireland.” All the roads he constructed in his district were described as “very good.” (Dobbs) New roads linked Lisburn with other towns and the developing villages. Rawdon could never have anticipated the highways and transport facilities in Moira district today! 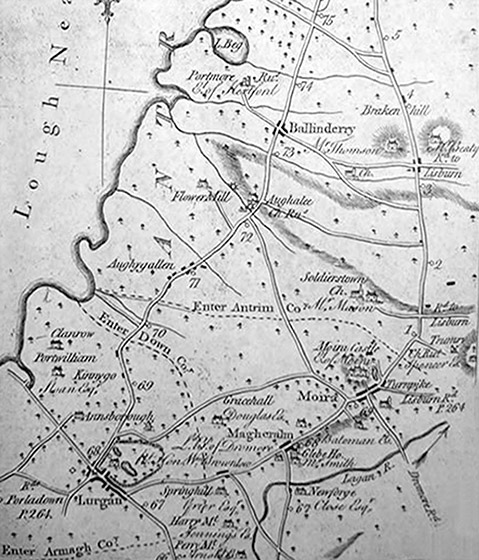 In 1720 coal was discovered near Coalisland. It was brought across Lough Neagh and ferried to Moira and on to Lisburn or Belfast. There was one metalled (paved) road in this area available to those coal cart users and now we call it Colane (coal lane) Road.

You can’t think now of Moira without thinking of the M1. Until the motorway was built in the 1960s, all the traffic from the West heading to and from Belfast came through the village.

The planned route in 1946 would have by-passed Moira on the South, heading close to Waringstown and on past Lurgan.

But in 1956 the plan was updated. It was decided to build the road to motorway standard, calling it the M1. The route was altered to take the road to the north of Moira and so in 1965 we got a major junction with all the benefits and headaches of more than 33,000 vehicles now using the M1 at that point.

Only about six miles separate the river Lagan at Moira from Lough Neagh and as early as 1637 George Rawdon suggested digging a canal. Well over a century after it was first suggested, the Lagan Canal was commenced. By 1794, the work was completed on out to Lough Neagh. It was a mighty undertaking.

However, canal navigation was poor and it was once said that a ship could get from Belfast to the West Indies and back in faster time than it took for the canal lighter to do the round trip to Lough Neagh. Until the motorboat engine arrived, the canal boats were horse-drawn and occasionally poled when empty. There was a towpath all the twenty-five miles from Belfast to Lough Neagh. In 1836 nine hundred boats worked on the canal. 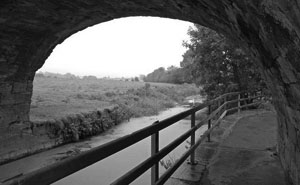 Its route meant it had to cross the Lagan, so a magnificent aqueduct was built high over the river near Spencer’s Bridge on the Hillsborough Road.It was a very fine piece of architecture with four arches, three hundred feet long and thirty five feet high. The sandstone used in construction was quarried in the Earl of Hillsborough’s estate in the town land of Kilwarlin. It took three years to build, cost £3,000. Sadly it was demolished to make way for the bridge where the motorway now crosses the Lagan. 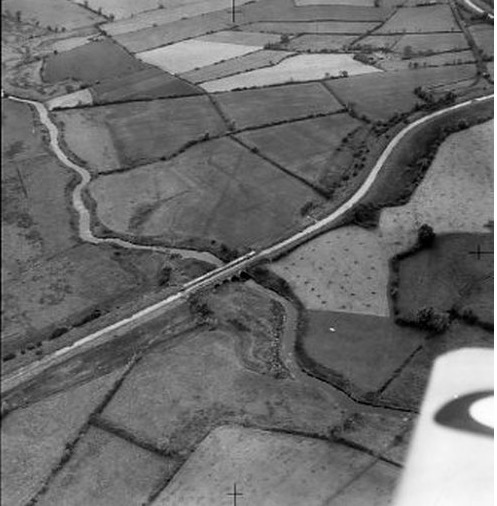 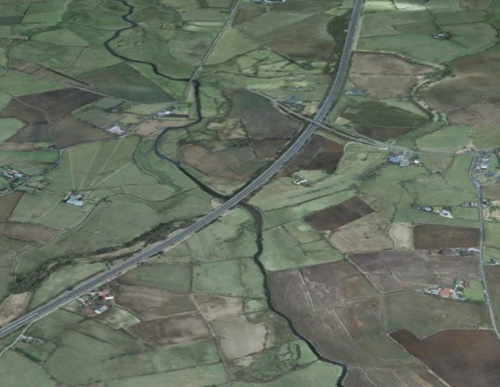 Google Earth image showing how the motorway spans the river beside where the aqueduct once stood. The outline of the abandoned canal is still visible from the air. Image ©2017 DigitalGlobe

At a point on the canal, not far from where Moira roundabout sits now, a sinking barge in 1941 was saved by using a pound of Killyman butter to plug the hole. And on one occasion a barge waited outside a dock for three weeks to allow a wild duck to hatch her young! What a different world we live in today!

The section of the canal between Lough Neagh and Lisburn was abandoned on April 1, 1954, and the stretch to Belfast in July, 1958.

The railway from Lisburn to Lurgan through Moira was completed 1841. 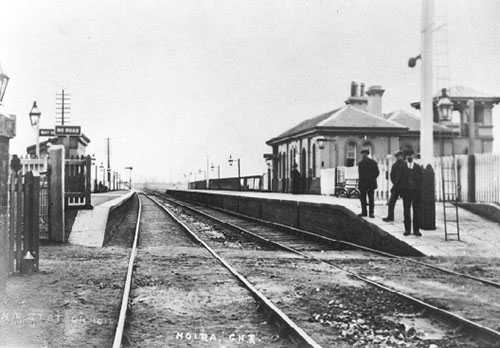 Thomas Bateson, (later to become Lord Deramore) is reported to have been reluctant to allow the Railway to be built on his land, so that is supposed to be why the Station is approximately one mile from the town. Moira Station is the oldest surviving operational railway station in Northern Ireland.

In 1945 there were 15 men at work to run the station, including stationmaster, clerks, porters and signalmen.