Life was very difficult for the ordinary people of Moira. They could only survive if they worked very hard every day for long hours. The rich people in the Castle helped provide some employment and income for the villagers and also some education for children.

Sir John Rawdon in 18th C. helped many people in Moira become involved in the linen trade. Most homes had a loom. Small farmers, labourers and cottiers supplemented their incomes by working looms from home. The raw material was supplied and weavers got paid for the finished product. 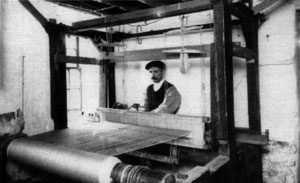 In 1740 a monthly brown linen market had been established. Large quantities of linen were sold in the town and neighbourhood.However new factory looms were invented and each loom could do the work of 100 hand weavers. The result was that tens of thousands in rural Ulster lost a valuable source of income.

The linen industry declined even more rapidly due to population reduction following the Famine and just about survived into the 20th century.

Although linen was the main industry in Moira, there was also a brewery and bottling business near Palmer’s Corner and one of the canal’s cargos was supplies for these businesses in Moira.

Moira was also an important centre for limestone quarrying. There were many kilns always at work, and vast quantities of the stone in its natural state were annually sent away by the canal, and by land carriage, to distant parts. 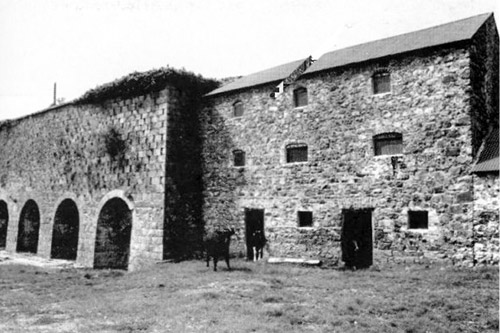 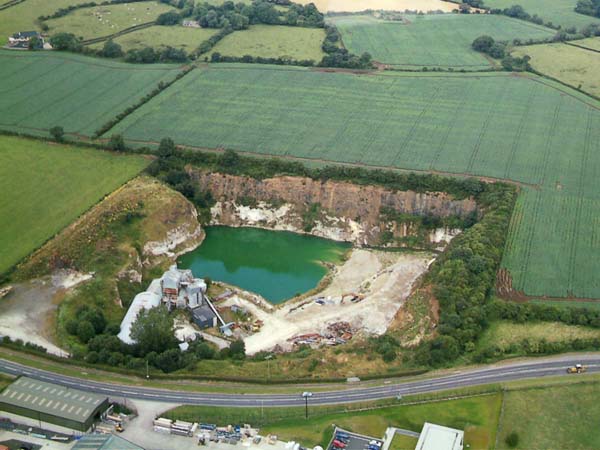 Disused Limestone Quarry outside Moira as seen from above

Around 1845-1850, the Great Potato Famine affected the whole of Ireland. In 1851 more than 1 million people died. Potatoes had been the staple diet of the poor people and were replaced by oatmeal, buttermilk, soup made from cows’ and sheep’s heads, and bread. The poorest had porridge for breakfast and supper. There was nothing else.

Ulster suffered a cholera epidemic in the mid nineteenth century and Belfast was particularly affected. But it even reached Moira. Ballunigan House, near Moira (close to the M1 Motorway) was once a Cholera Hospital. 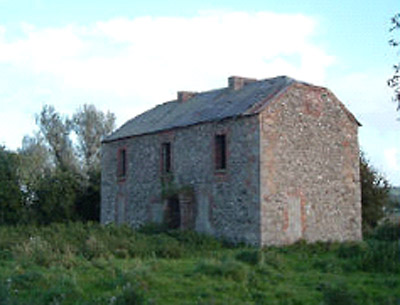 The old ruined tomb in the graveyard at the Non-Subscribing Presbyterian Church records the death of a well loved local Doctor. The inscription reads. “Thomas Simpson of Moira, Surgeon, who fell victim to malignant cholera on 29th December 1832 aged 34 years.”

We have a village today because those ordinary men and women who lived here in very difficult times, would not give up.