The Parish of Moira

The Church building had a steeple with wooden slates but it was blown down in a freak storm in 1884 and was replaced by the present copper spire at a cost of £370.

A montage illustrating the changes in the church over the years

Doors that once hung on the entrance to the Castle Ballroom are now used as the West door in St John’s Church and the bannister rails are now the church communion rails. 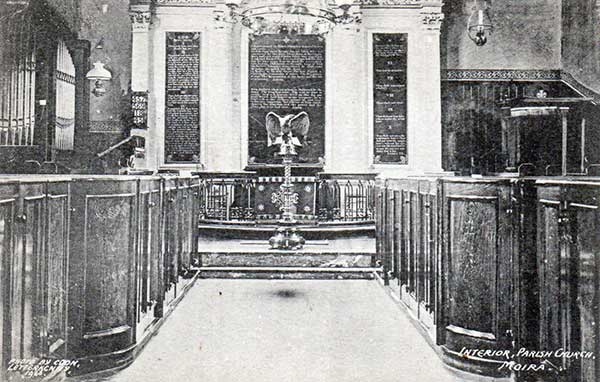 The reredos containing the Ten Commandments, Apostle’s Creed and the Lord’s Prayer was written on Irish Linen, which was apparently woven in the Moira area, 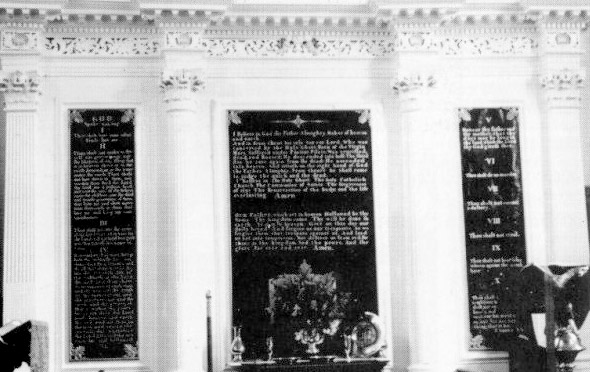 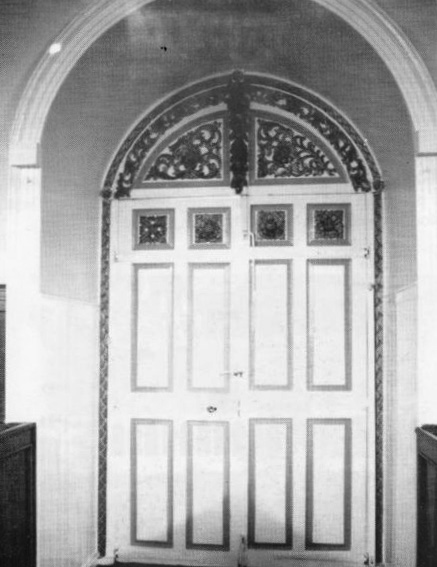 The west door of the church was taken from the Ballroom of Moira Castle. © copyright. used by permission of St.John’s Parish Church. 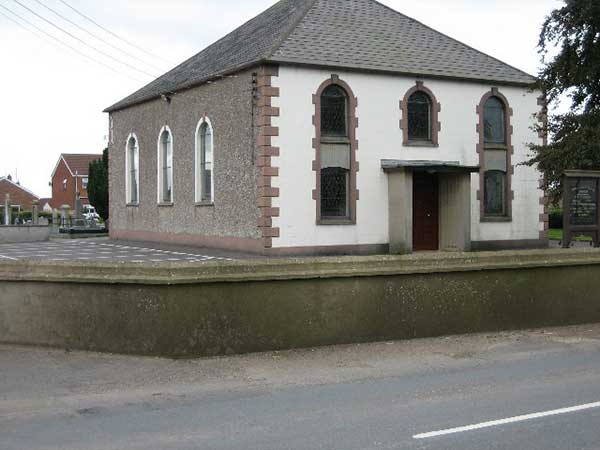 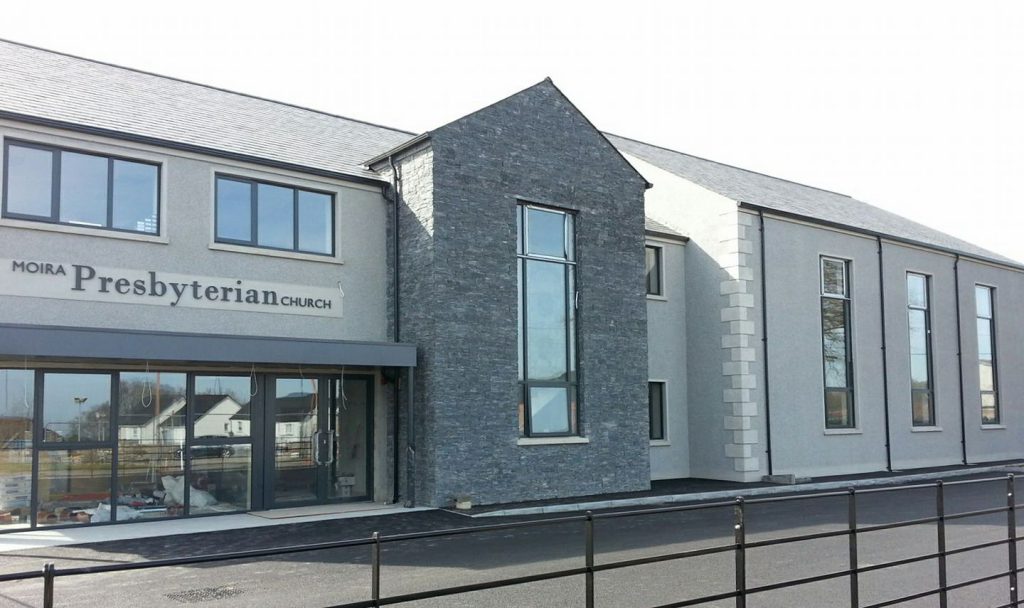 The present building dates from 1822. Until demolition in recent years, the church manse was very close to the front door of the church and was also dated to the early part of the nineteenth century. It is unclear which building was erected first or whether it was always planned to be like that. In 1837, there were places of worship for the Wesleyan and Primitive Methodists. 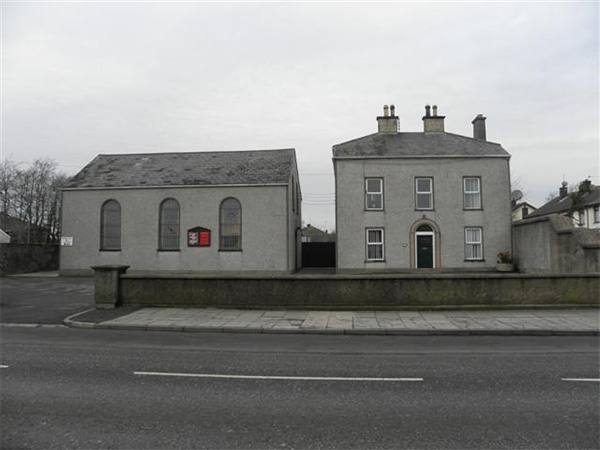 The present Non-Subscribing congregation in Moira is one of the oldest in Ireland. It is a “detached double-height mid-nineteenth century gabled Presbyterian Church, with modern extension to rear … Simply detailed, the original proportions have been altered by the modern extension.” (Department of the Environment. Historic Building Details. Ref No: HB19/22/042)

The church has several historic Moira Presbyterian items including a Communion plate, marked “Moyrah” and a precentor’s flute. 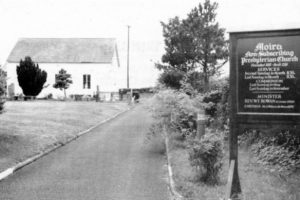 In more recent times other churches were formed.

The Pentecostal church meets in what once was the Market House and there is a Baptist Church on Clarehill Road. A Brethren Gospel Hall is on the Old Kilmore Road.