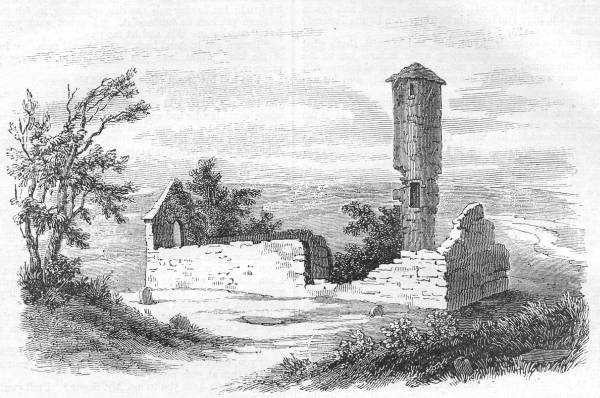 Trummery old church and Round Tower

At Trummery old church there once was a round tower similar to others in Ireland, except that it was the same diameter all the way to the top. It is dated from around the early thirteenth Century.

Records indicate it was 60 ft high (18 metres) and 15 feet (4.5 metres) in diameter. (A topographical dictionary of the British islands by James A Sharpe Pub 1852) Tradition says the English soldiers based at Soldierstown (or more likely at Inishloughlin) used the ancient round tower as a target for cannon fire. (1832 Ordinance Survey) A great breach (a hole) was made in the side next the church, but only in the outer half of the tower wall.

The ruins of the tower were fell in 1828, and nothing but scattered fragments lie around the graveyard and the remaining ruins of the church. 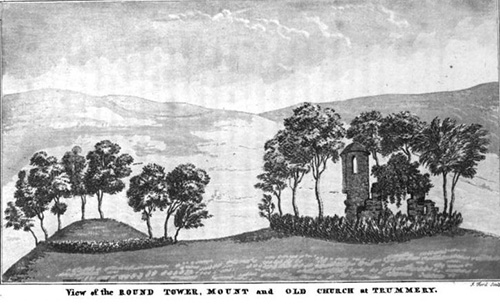 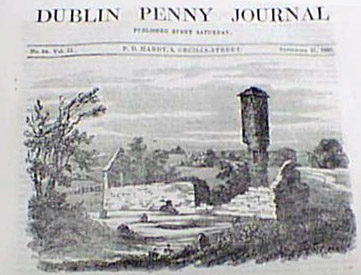 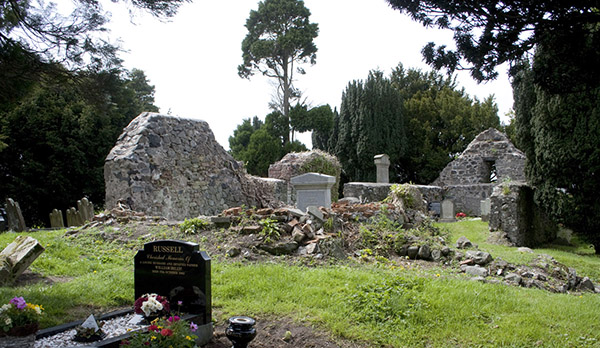 The remains of the tower and church today in Trummery graveyard