The demesne we know today is very different from the Rawdons’ time. It was so much larger then, stretching out to the Old Kilmore road, The grounds were stunning with woods, walks, ponds, canals and lawns. Hundreds of exotic plants were nurtured under glass. The trees included the Locust of Virginia, a tree 30ft (9 metres) high, bearing a pod longer than any pea, and full of honey, said to be the food that Saint John the Baptist lived on in the wilderness. The Ucca or Adam’s needle, had a leaf like a flag, and a point as sharp as a needle. Another was the Indian Honeysuckle, spired like a rocket, with a crimson coloured flower. 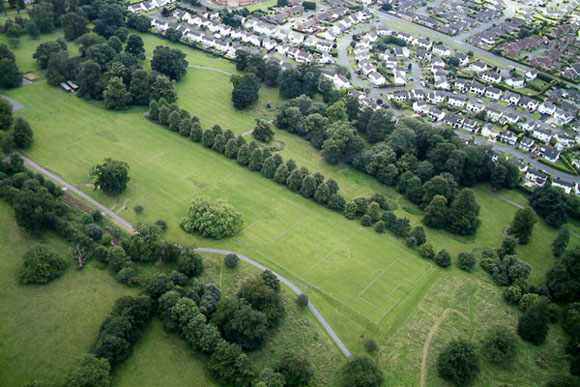 But Moira still enjoys the riot of colour from the flowers and shrubs that make our village so attractive. The village has won awards for years in competitions such as Britain in Bloom and Ulster in Bloom. I think Arthur Rawdon would be pleased if he could see his village each summer. 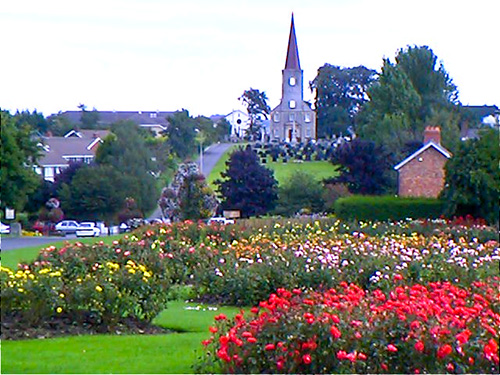 Moira Demesne and parish church circa 2004 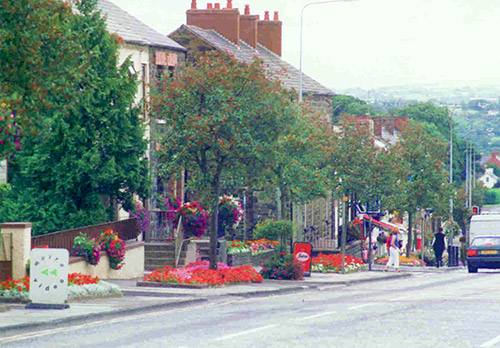 The village street in bloom in early 2000s 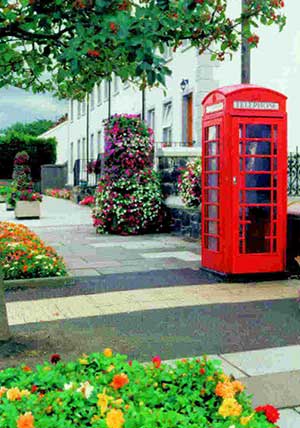 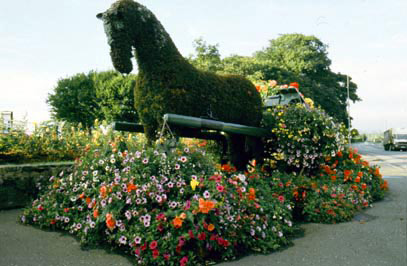 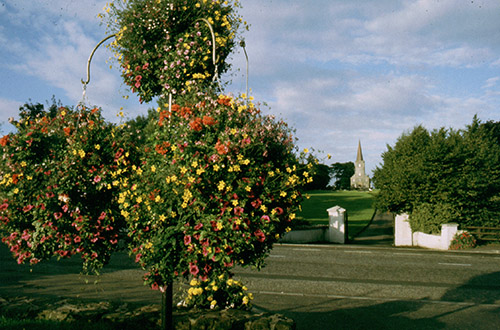 Floral “tree” at the entrance to the Demesne