Moira is very old. It has been know by many names in the past – including Moirath, Moyragh and Moyra.

I want to tell you about several old things in Moira – no, not about me!

There are many earthen raths or forts in the area and two are found in the village. The overgrown rath in the townland of Aughnafosker, just below Glebe Gardens, is called Pretty Mary’s Fort. Because it has more than the normal number of defensive earthwork rings, it is said to be a good example of a multi-vallate ring-fort. It is called “Pretty Mary’s Fort” but how it came to be so named is a mystery. 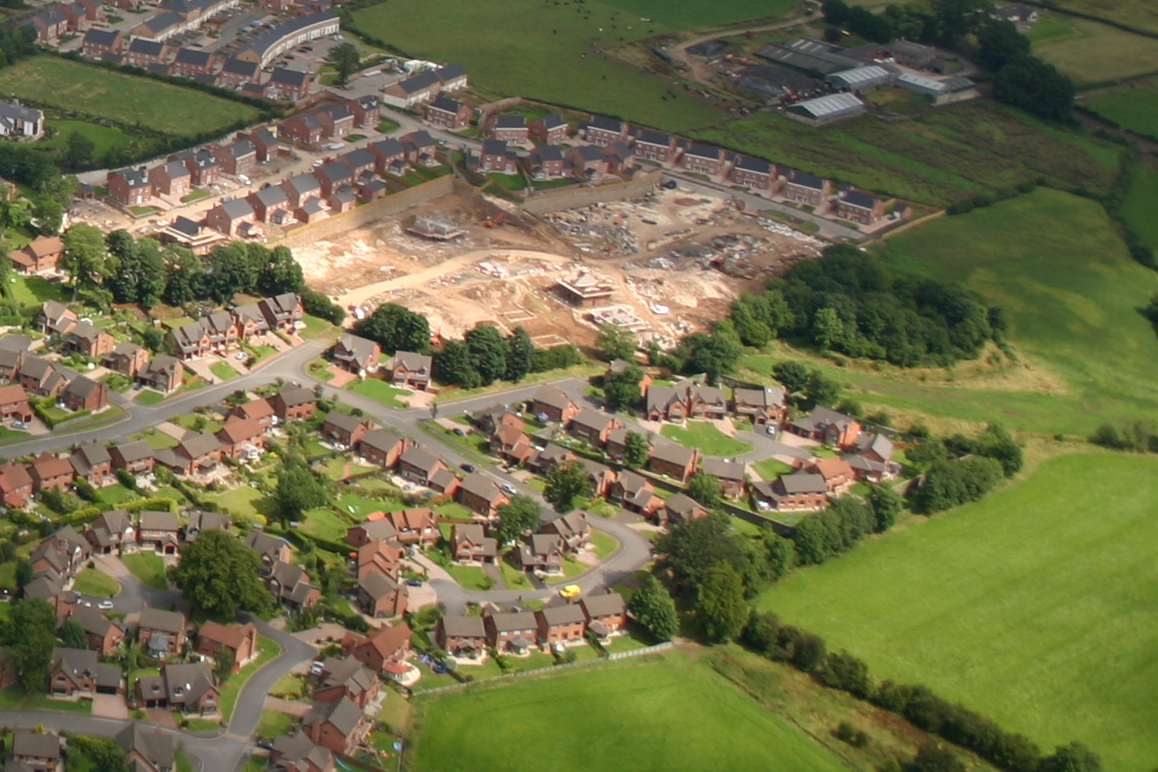 The best kept example is the “Rough Fort” on the Old Kilmore Road. 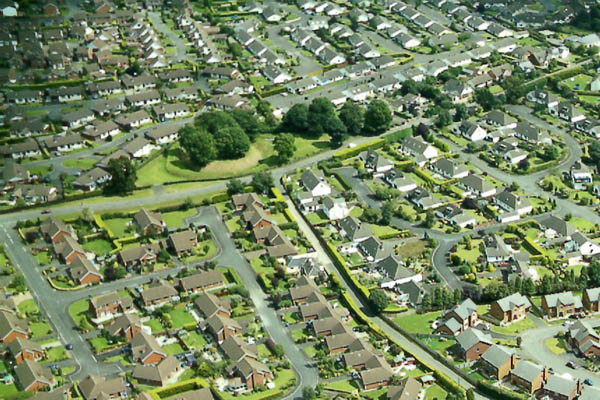 Many other forts throughout the district have long since been levelled. In 1872, Maralin Parish schoolmaster Robert McVeagh took Dr John O’Donovan to the townland of Ballymackeonan where he pointed out the site of a former fort. “This” said McVeagh, “was one of the finest forts in this Parish, but it was levelled some years before I was born to give room to cultivation, for people can not afford here to pay rent for waste ground and in my own memory twenty-four forts have been levelled within the Parish.” Another suffered a different fate. It was an unusually large one and early maps show it so close to the quarry on the Lurgan Road that the western half was gone. Site surveys in 1978 showed no trace and the conclusion was it had been swallowed up by the quarrying.

Another one close to the quarry on the Lurgan Road was levelled years ago. You can see it numbered 15 on the map below. 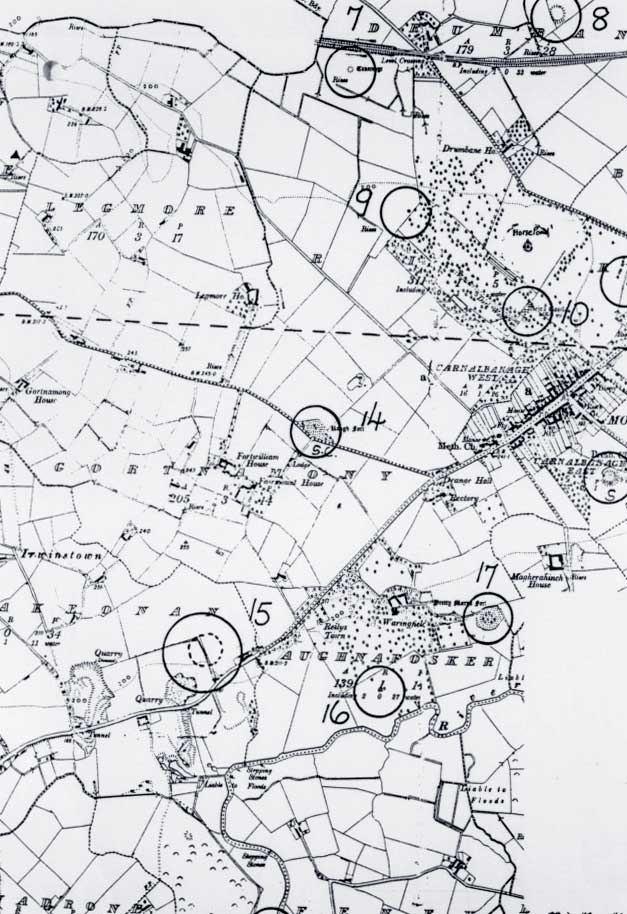 Forts were means of security in a rural and often barbarous society. The area close to Lough Neagh and the River Lagan was always likely to be visited by those who wanted to dominate or destroy.

It is thought that these forts that give Moira its name. The likely origin of the name Moira may have come from the Irish “Magh Rath” (the Plain of the Ring Forts). But it could also mean the “plain of prosperity” or “plain of rivers or fords.” Perhaps the most natural translation, since the village was a meeting-point of routes north, south, east and west, was “plain of wheels.”

One of the earliest signs of people living here was a crannog (a man-made island or dwelling built on stilts in a lake or bog) in the townland of Drumbane. It was a ruin of a primitive dwelling-place but with no date put on it. It lay between the motorway and the railway close to the level-crossing in an area that once was a lake. The motorway and railway both were built through the old wet land and as a result the land is levelled and the crannog has disappeared. 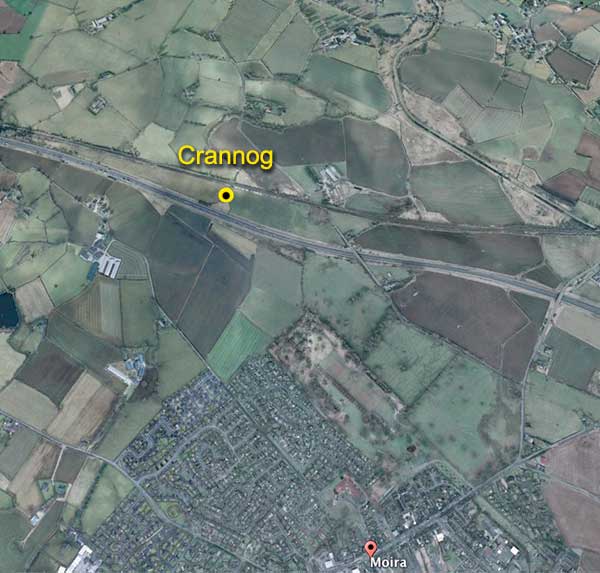 But there is one sign of ancient life that is even older. It is a henge and it is visible on land behind the Presbyterian churches and surrounded by the housing development at Claremont. Henges are from the Neolithic period and Early Bronze Age and were large ceremonial circular earthworks. They are thought to have been meeting places where a tribe congregated at certain times of year for rituals or other gatherings. 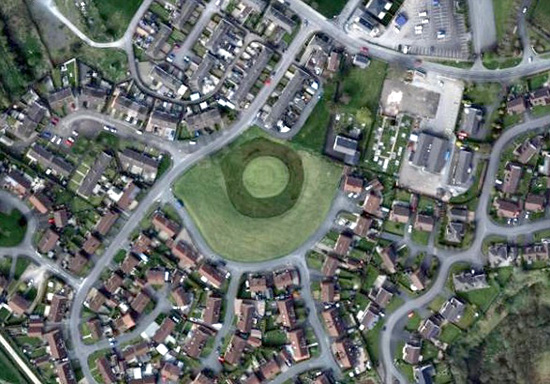 This circular mound in Moira is reasonably large being thirty-six metres in diameter. Archaeologists did some digging of the outer ditch in 1977 and found two distinct historical periods. The upper layer showed late medieval activity but digging deeper the archaeologists found pottery dating from around 500-1100 AD and showing there may have been an underground chamber. The structure of the mound surrounded by a ditch almost certainly dates it to around five thousand years ago.

an example of a Roman coin