Photographs on this page are kindly donated by Peter C———. He and his wife first met when they were serving at Waringfield Military Hospital in the early 1960’s.  Peter was in the Royal Army Medical Corps (RAMC) and worked in the Pathology Laboratory at Waringfield. His wife was a nurse in the Queen Alexandra’s Royal Army Nursing Corps (QARANC).   They both have many fond memories of Moira and the surrounding area, and regularly went to dances in the village.

Peter later trained as a helicopter pilot and while serving in Northern Ireland he took a look over Moira and photographed the village. These photos were taken with an F95 camera on the 22nd of August 1974 at 1330 hrs from 2000ft.

I am deeply grateful to Peter for sharing these fabulous images with us. (click/tap on and image to see a larger version in a new tab) 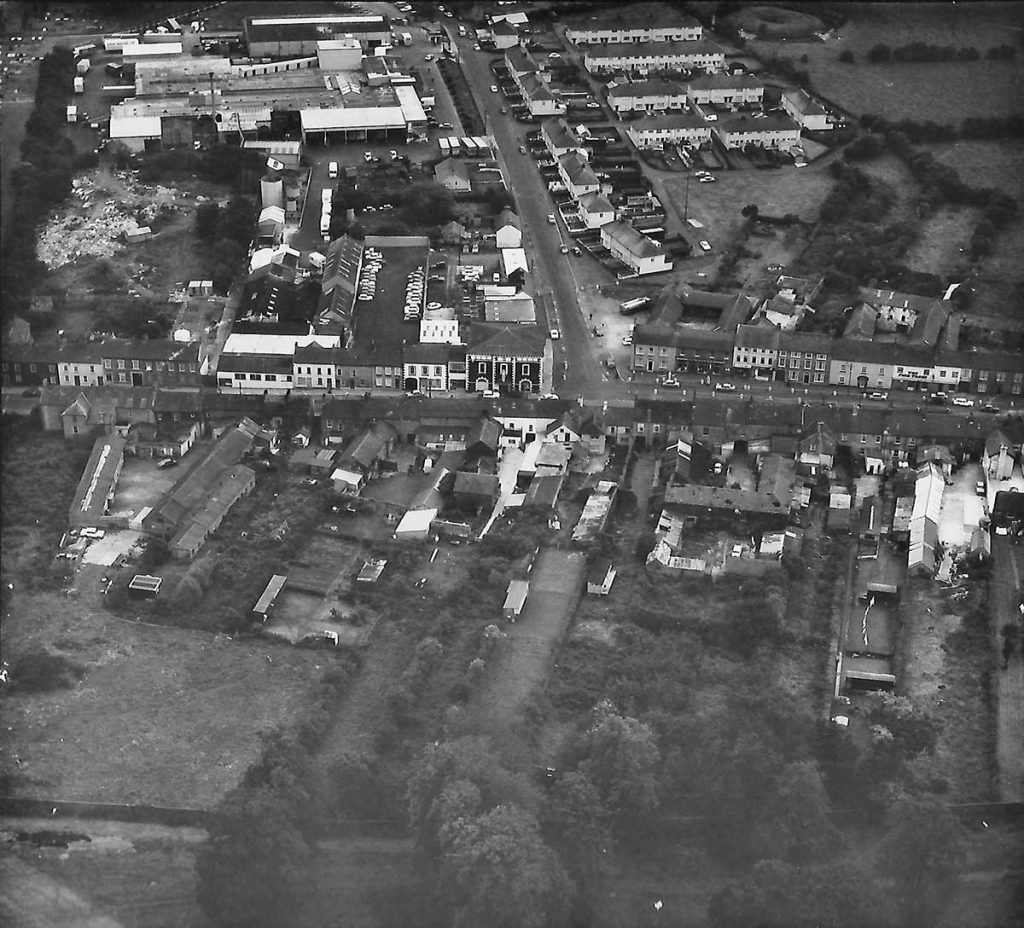 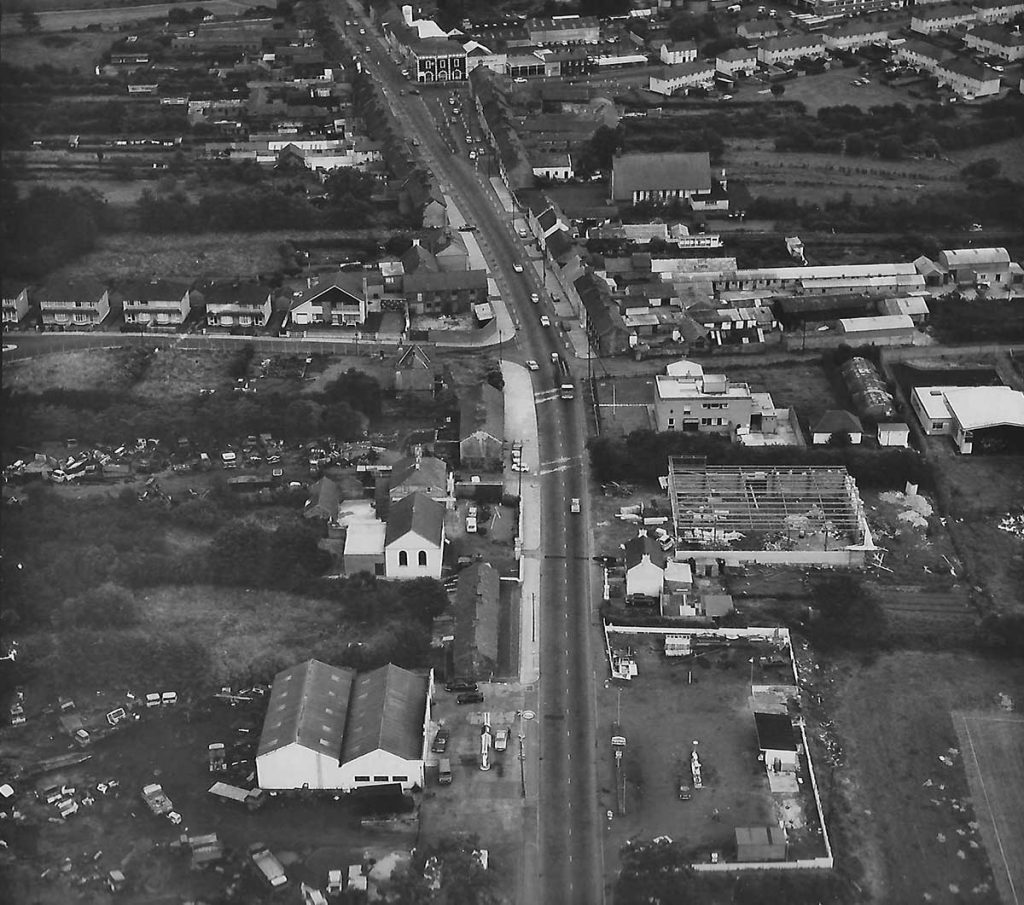 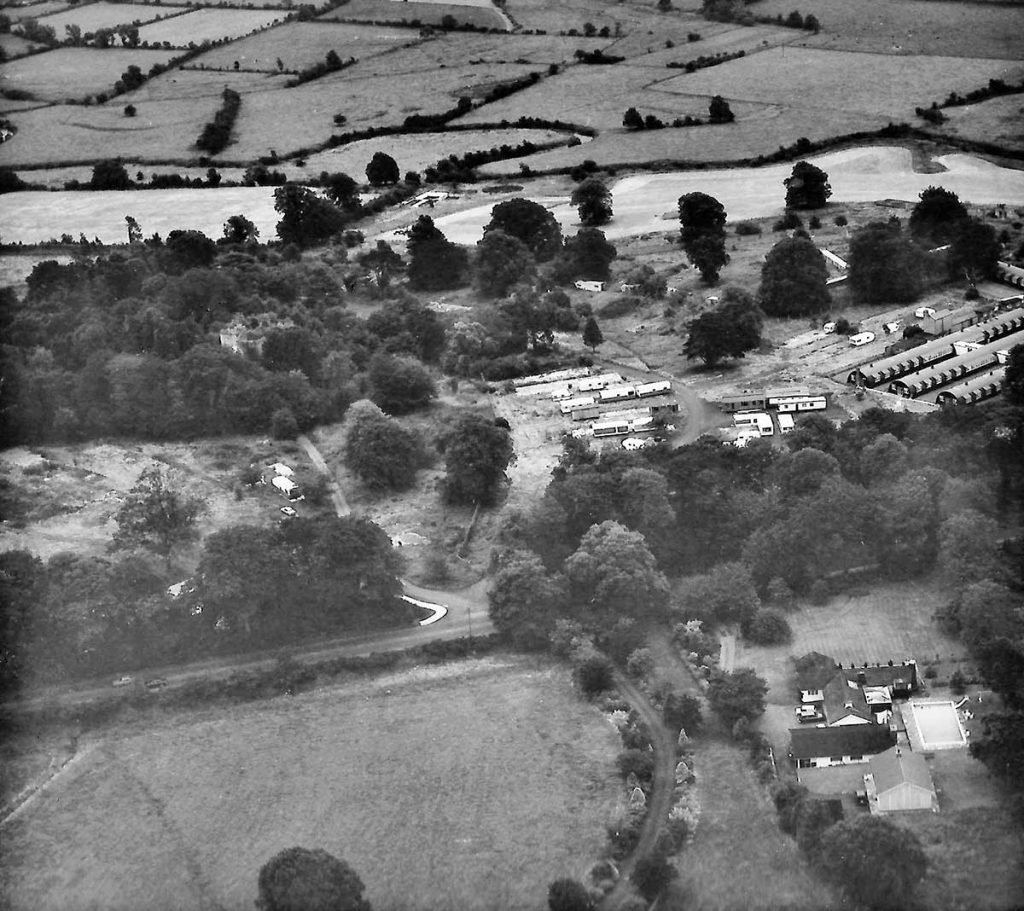 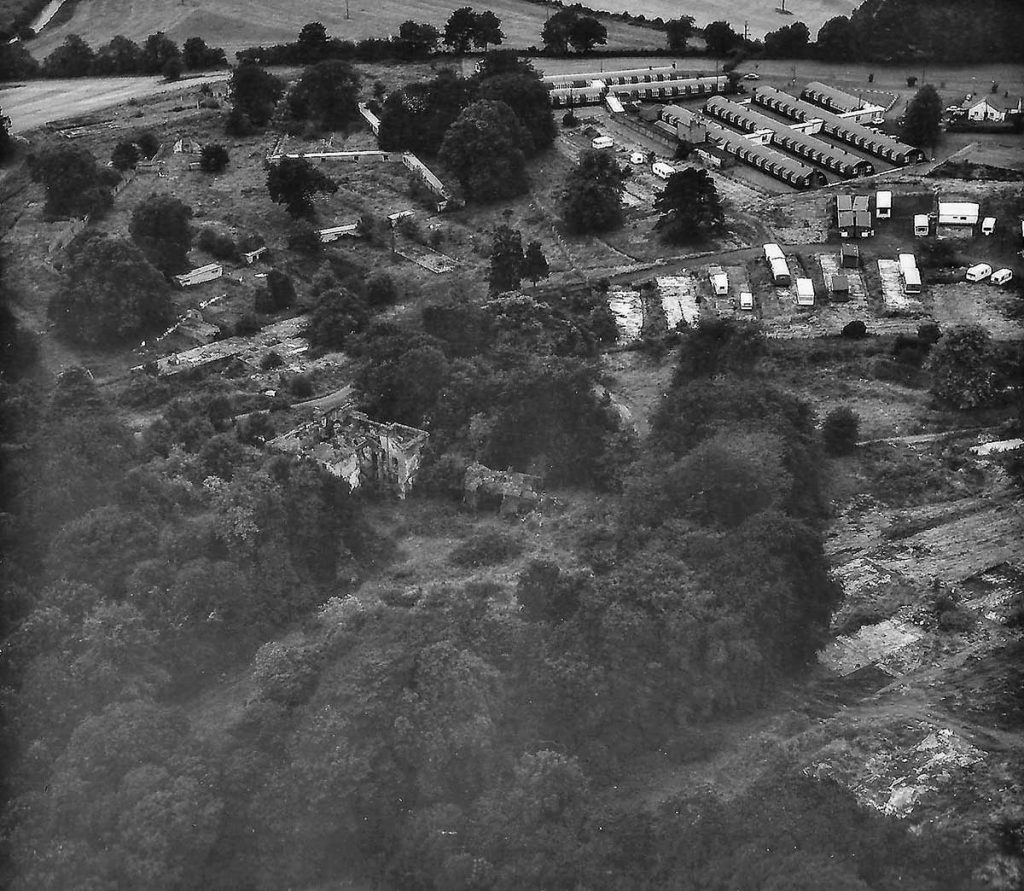 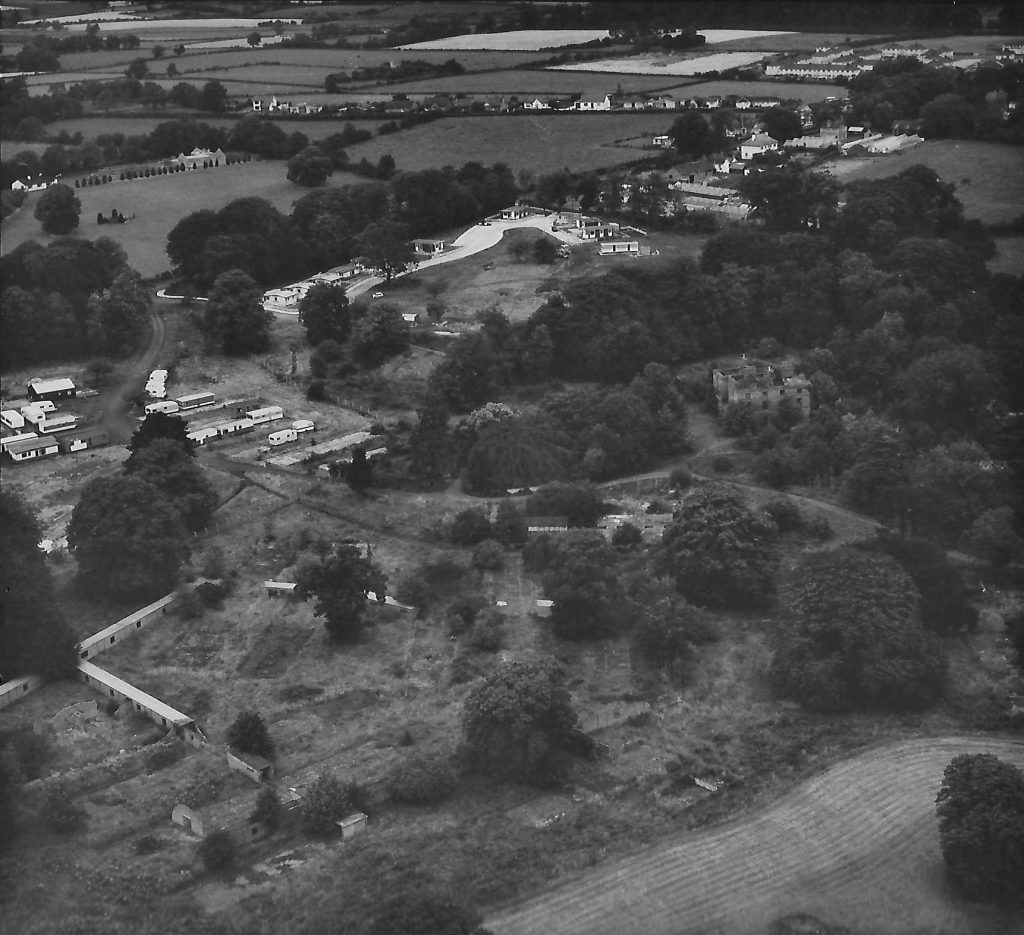 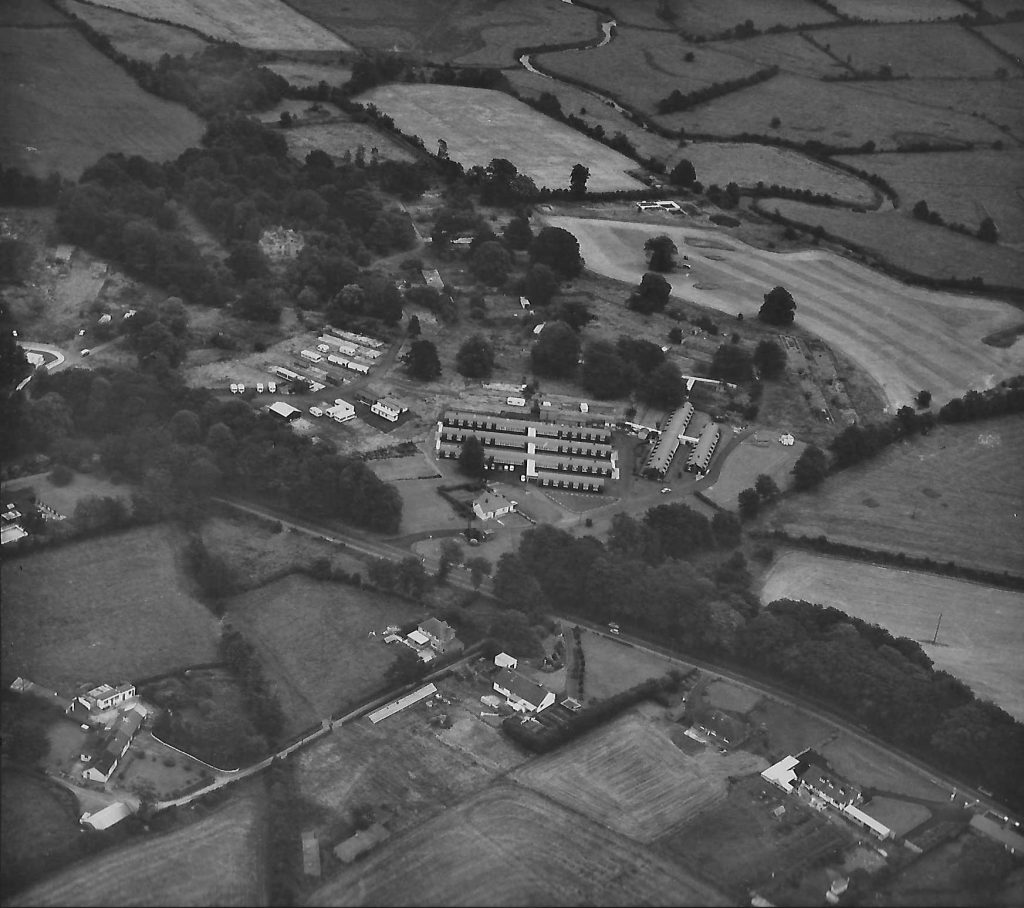 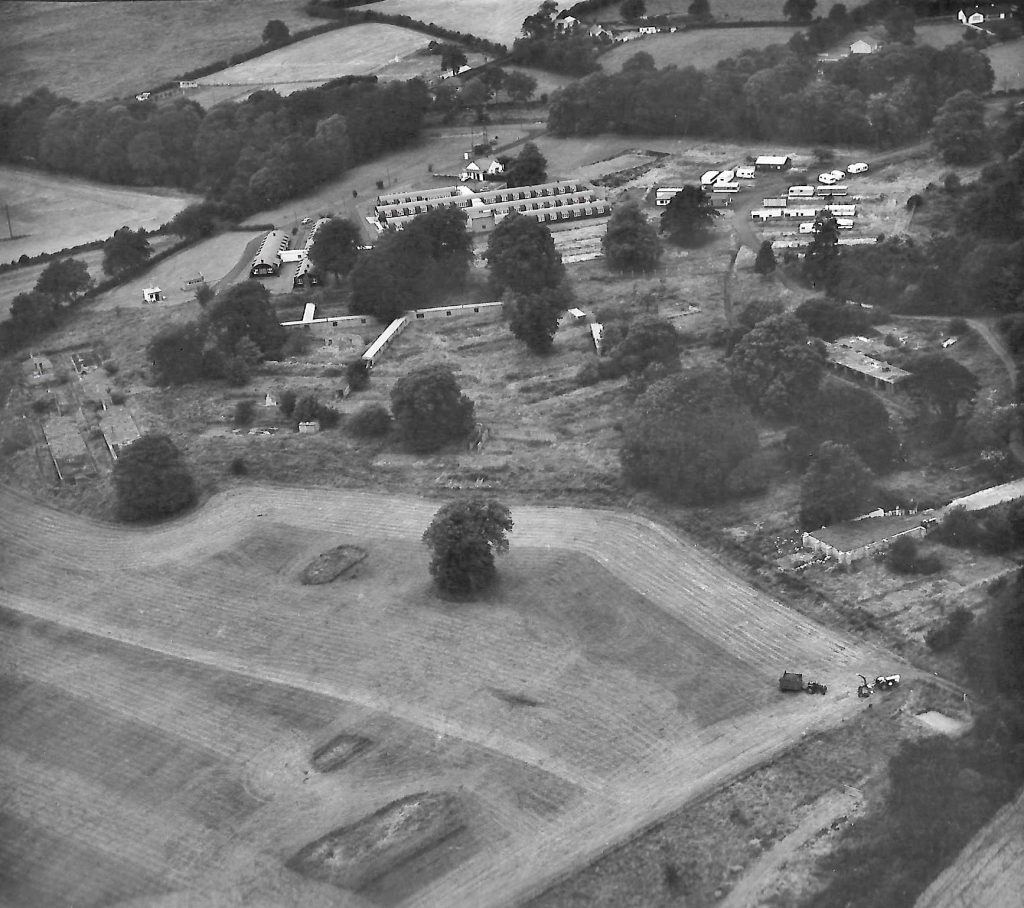